How autonomous cars will change our motoring future

Are you ready for a world where you don’t steer the wheel?

The term “autonomous driving” has been thrown around a lot in recent times, thanks to the likes of Elon Musk trying to make the tech more mainstream in his Tesla EVs. What we see in today’s cars, however, is just a glimpse of what we are about to experience in the near future. Time to have a good look at the wonderful world of tomorrow, where your car will be a better driver than you.

The best way to understand how autonomous driving will change the way we travel on the road now (and in the future) is to start with a look at the different levels of automated driving that the US National Highway Traffic Safety Administration defined in 2013. This classification has been widely adopted by the automotive industry and looks as follows:

• Level 0 (No Automation): The driver controls everything at all times. This is good old manual driving.

• Level 1 (Driver Assistance): The car may have electronic driving aids such as lane departure warning or adaptive cruise control, but it’s still the driver who controls most things. Level 1 features can already be found in many cars today.

• Level 2 (Partial Automation): This means the driver is disengaged from physically operating the car by having his or her hands off the steering wheel and the foot off the pedals at the same time. This is the level of tech that enables functions such as partially automated parking or automated lane-keeping, and Level 2 features can already be found in a number of higher-end cars.

• Level 3 (Conditional Automation): This is where the real fun starts. Cars that are fitted with Level 3 systems still require a driver but can already carry out safety-critical functions on their own. This means that under certain circumstances, the car is completely in control, but a human must always be present and able to intervene in case the computer gets it wrong. The first production car to feature Level 3 capabilities is not the Tesla, as some may think, but the new Audi A8. The German limousine now has an AI-powered autopilot called the “traffic jam pilot” that allows drivers to completely pass control to the car if traffic builds up and speeds drop below 60km/h.

• Level 4 (High Automation): This is where fully autonomous driving starts. A car with Level 4 capabilities can complete a whole trip on its own and not just certain parts of it. There is no actual need for a human driver anymore, but one would still need to be there in case the computer malfunctions.

• Level 5 (Full Automation): This is the holy grail of autonomous driving that everyone is working toward right now. A Level 5 system is expected to perform equal to a human driver in every driving scenario, and Level 5 cars would not need steering wheels anymore. Scary thought, right?

Level 3 is as high as we have gotten in current production cars so far, but technological developments are moving faster than ever these days. And in around three years from now, we will be seeing cars without manual driving controls cruising around a handful of American cities where autonomous-driving systems are currently being developed together with local governments. While driving enthusiasts will shiver at the thought of cars without steering wheels or pedals, there are some serious upsides to a future where our new artificially intelligent overlords will take the wheel.

For starters, safety will improve massively. At the moment, around 1.25 million people die in car accidents all over the world every year, and 90% of these crashes are caused by human error. While automated vehicles can still crash, there will be way fewer incidents, and these new cars, with their ever-advancing AI, will continue to learn and become better at communicating with other vehicles and at navigating the roads. Road safety will therefore improve on a scale never thought possible. No more drunk drivers, speeding buses or wayward jeepneys.

While driving enthusiasts will shiver at the thought of cars without steering wheels or pedals, there are some serious upsides to them

Accessibility will also be greatly improved. At the moment, there are very many people who cannot just jump in a car and drive somewhere due to illness, old age or disabilities keeping them away from the wheel. Autonomous cars will enable many more people to enjoy the freedom of the road and create a more inclusive world.

While the number of people using cars may increase as automation progresses, fewer of us will actually outright own vehicles. Instead, Uber- and Grab-like services will provide cars at the touch of a button if and when we need them. It’s no secret that Uber, for example, is working hard on getting autonomous driving up to the level where the company can get rid of all their driver partners. The future will include cars, but fewer people will be earning a living by driving them.

The future will also include adverts, and probably quite a lot of them. With all passengers effectively sitting idle in the vehicle, manufacturers and companies operating autonomous cars will find new ways to generate revenue. Next to display ads, you may also come across clever campaigns tied to the way you use the car. For example, you may tell the car to bring you to SM Makati for your weekly grocery-shopping, but Landmark has a promo where it pays the fare for your trip if you shop at its store instead, so the car will offer you options. Ideas like this are already being worked on by the likes of Volkswagen, so expect a brave new world full of ads to come your way.

Another huge advantage of using an autonomously moving vehicle is time—or, more specifically, the time you save by not having to drive the car yourself. It is estimated that every car user spends about 37,000 hours in a vehicle during the course of his or her life. That’s about 4.2 years of our lives that we spend staring at the back of the car in front of us. All this time can be used better if the car takes care of all the driving. Sit back and watch a movie, catch up on some sleep, or have a business meeting—the possibilities are almost limitless, and the way we use and look at cars will be vastly different from the way we treat our metal companions now.

While there will likely be fewer cars on the roads when autonomous driving really takes hold in everyday life, this doesn’t mean that car manufacturers are like turkeys voting for Christmas when trying to advance this technology. Because the way cars will be used in the future is going to be different from how we use cars now, companies still have to build loads of vehicles. Instead of cars being parked in our garages most of the time, these autonomous vehicles will likely run 24/7 and be part of carpools that ride-sharing companies draw vehicles from if and when needed. This means that the average autonomous vehicle—which will very likely be electric, by the way—will have to be replaced every two years or so.

The biggest question now is this: When will we be able to enjoy this new, super comfortable autonomous-driving lifestyle? The answer to this largely depends on where you are in the world. Some countries, like Germany, have already changed their local traffic laws to allow for automated driving, and are continuing to change regulations if and when necessary. The European Union and at least 50 other states are also currently working on updating regulations to allow for driverless cars. In the US, things are fragmented as every state is cooking its own autonomous tech stew, but all countries where self-driving cars are meant to be used will have to provide a road environment that is suitable for computer-controlled vehicles.

This is also the reason drivers in the Philippines will have to wait many more years before being able to watch a movie while the car negotiates EDSA payday traffic on its own. The road layout and the general motoring chaos here will overwhelm autonomous-driving features. Some manufacturers are even switching off Level 1 and 2 systems already fitted to their cars when shipping the vehicles to these shores, as the computer would otherwise suffer the equivalent of a nervous breakdown when confronted with average Metro Manila traffic.

It is very likely that the first Level 5 cars will drive around the US and Germany as early as 2021. Unless there is a massive change in the way road traffic functions in the Philippines, it will be at least another 10 or 15 years before self-driving cars will make an appearance on local roads. Plenty of time, then, to get used to the idea of not having a steering wheel in front of you. 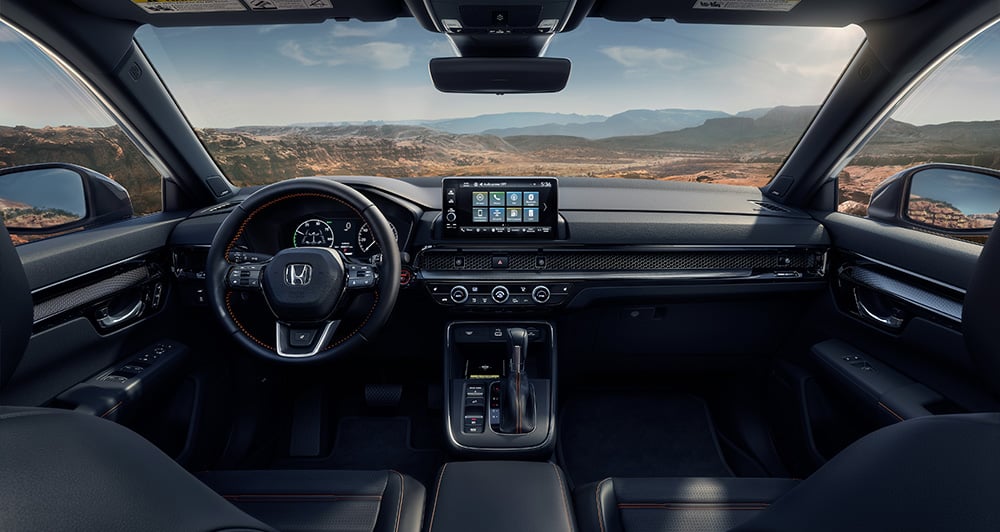 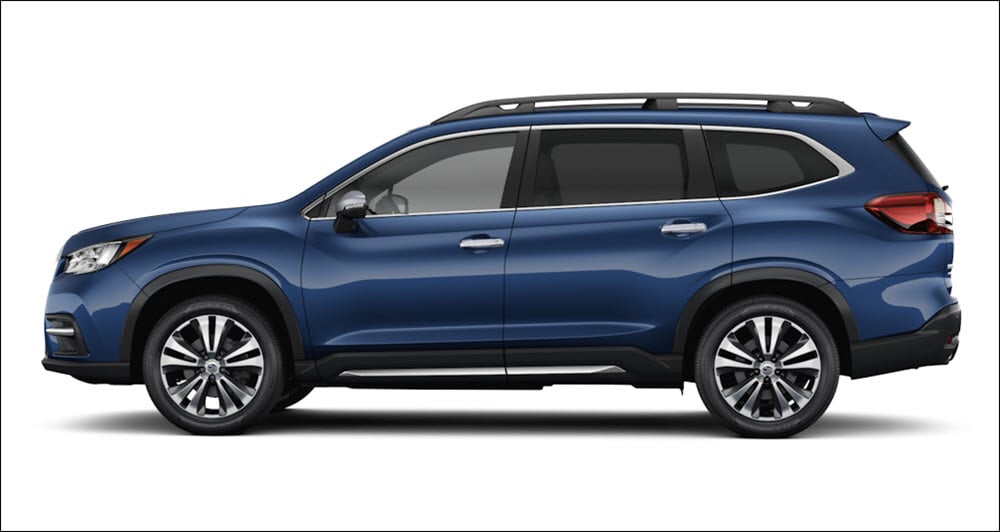 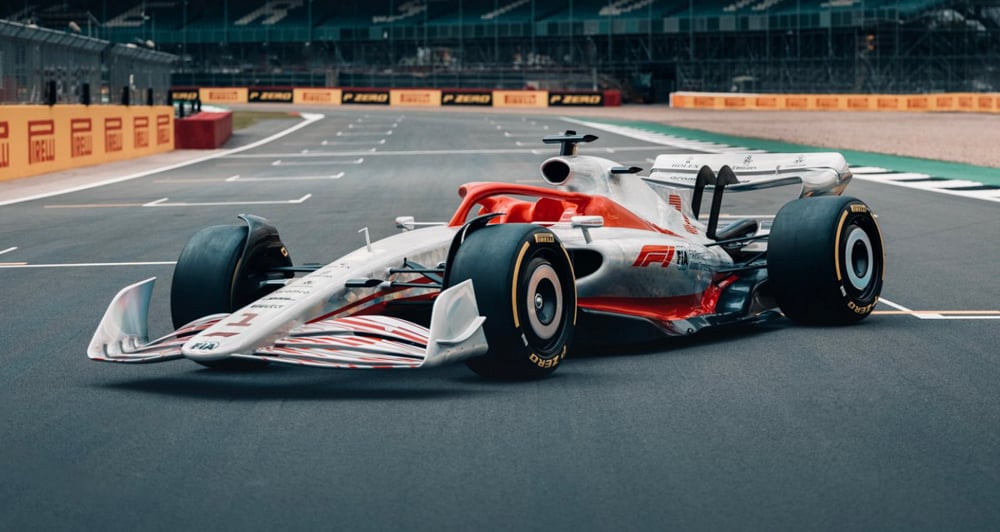