It no longer feels like an entry-level SUV offering

If there’s one automaker that has been very, er, radical with its vehicle designs lately, it has to be BMW. You have the 3, the 5, and the 8, which still prove that the car company can design beautiful cars, and then you have cars like the iX, the 7, and the X7, which make you wonder where the brand dropped the ball along the way.

That brings us to the latest iterations of the 3 and the X1. While the former has undergone a mid-cycle update to further prettify the already good-looking G20, the latest X1 is an all-new generation of the smallest Sports Activity Vehicle, which, in my opinion, catapults it to the front of its class with looks that will get nods of approval from devout BMW fans.

The manufacturer flew me out to Bavaria, Germany, to experience the vehicle on its home turf—quite literally. On a damp, cold morning, I found myself outside of BMW’s Regensburg Plant, which is where the new X1 is built exclusively (alongside other cars, like the 1-Series and the X2). I’d show you pictures of the plant’s amazing assembly line and “marriage” process (where the powertrain and the chassis meet), but we weren’t allowed to take photos.

Anyway, lined up outside its plant were two different versions of the all-new X1—the sDrive18d xLine and the top-of-the-line xDrive23i M Sport. I had the opportunity to drive both, but I’ll be focusing on the sDrive18d, considering this is the only variant that our market will likely receive.

So, remember how I said that the vehicle looks handsome in press photos? Well, it looks even better in the metal.

This may sound odd, but I absolutely adore the xLine‘s usage of satin-silver accents and black cladding to give the appearance of a rough, rugged SUV over the M Sport’s aggressive, body-colored bumpers and fender cladding.

The xDrive23i is finished in Storm Bay, while the sDrive18d is finished in Cape York Green, a color that may look glossy under the overcast German weather, but absolutely pops when sunlight hits the sculpted, squared-off bodywork. Of course, BMW’s Frozen Gray finish is the most eye-catching color, but it’s only available on the M Sport trim.

Even the industrial-looking V-spoke 19-inchers look better compared to the 19-inch M alloys on the M Sport. Of course, you can option 20-inchers (as seen on the iX1 prototype) if you want.

And if you think this chiseled design comes at a cost of aerodynamic efficiency, you’re wrong. The vehicle has a drag coefficient of 0.26, thanks to the active shutters in the grilles, an optimized design of mirrors, the air curtains, the flush door handles, and even the wheel designs.

The biggest tone shift is the interior. Compared to the last generation‘s admittedly dated cabin layout, the new X1’s cabin feels a lot more attuned to the times, especially with its focus on simplicity and digitalization.

So, it now has the new BMW Curved Display running OS 8 on a pair of 10.25- and 10.7-inch screens in an angular display housing, unlike the “floating tablet” seen in other models like the iX. You can even change up how the displays look with the new “My Modes” functionality.

Underneath are a dedicated wireless charging dock for your phone (since CarPlay and Android Auto are wireless) and two cupholders. Plus-sized phones fit perfectly, while smaller phones may need some careful placement to start charging. Either way, there are two USB-C ports up front (with two at the back) and a 12V socket.

With the iDrive commander knob and the climate controls now gone, you’re left to operate the infotainment via touch and voice control. There was a heavy emphasis on the latter, where you’d ask the system after saying the keyword “Hey BMW!” to do functions for you, like turning up the heat, setting your destination, and others.

In practice, it works really well, with quick response times and the capability to understand Southeast Asian accents (which other voice assistants have a hard time with). But the moment the vehicle’s built-in cellular connection falls out of range, you won’t be able to do much. While this sounds extremely useful, you can bet the vehicles in our market won’t have much of the functionality until BMW Philippines and a telco collaborate to allow the usage of the vehicle’s eSIM.

But if there’s one thing that the new X1 still does as well as its predecessor did, it’s with how practical and roomy the cabin is.

There’s 540L of cargo space with all the seats up, and that can expand to a cavernous 1,600L after folding the 40:20:40 split rear bench down. The rear compartment also has large under-floor storage, which is perfect for your tools, essentials, and (in the case of the PHEV and the iX1) charging cables.

The same can’t be said about the absolutely tiny center console storage. My guess is that you’re supposed to stow your small bags and belongings under the floating center console.

It’s guaranteed that the driver has the best seat in the house, with great visibility and a good driving position. Thanks to a wheelbase that is 22mm longer, the rear seats have enough legroom and headroom to comfortably accommodate my towering German colleagues, so it should be cavernous for even the tallest of Filipinos. If that’s not enough, you can slide the seats forward and back by 30mm, and recline them if you want to kick back and relax.

On the sDrive18d, the seats are upholstered in Oyster (or cream) Sensatech leather that brightens up the cabin, but there is a handful of gloss-black trim on the dashboard that cheapens it at the same time. The driver’s seat has eight-way power adjustments, while the passenger seat has a surprising amount of manual adjustments available. The seats are heated, a necessary option for Europe, but probably not for us.

Meanwhile, the xDrive23i shows off what a loaded cabin will look like, which surprisingly is not that far off from the basic variant, so props to BMW for not shortchanging customers who don’t want to pony up for features.

Since this is the M Sport variant, it has a different steering wheel, gauge cluster, and pedals. Other options found on this include Black Vernasca leather seats with lumbar adjustments and massaging functions, brushed aluminum trim, a panoramic sunroof, a 360° camera, advanced parking and driver aids, a heads-up display, and a Harman Kardon sound system.

At launch, there are two diesel engines (both four-cylinder) and two gasoline engines (a three-cylinder and a four-banger) paired to a seven-speed dual-clutch transmission. What we didn’t know was that most of the lineup (save for the base “18” models) are electrified, with a mild-hybrid system to help improve efficiency and power output, also providing up to 19hp and 55Nm by tapping the “boost” paddle (for equipped cars).

The traditional diesel clatter is still present especially at higher speeds, but it’s minimized enough to not be detracting from the plush experience at lower speeds. The gasoline four-banger is obviously more refined, but it isn’t a “silky six.” The gearbox isn’t as smooth-shifting as BMW’s revered eight-speed automatics, but it kicks down quick enough and is fairly comfortable when puttering around at city speeds.

Do note that there is no way to turn the engine auto start-stop off, but at least the cars manage to smoothly transition between states as you slow to a crawl and set off from a stop. And for the variants with the 48V mild-hybrid system, it’s almost seamless as the air-conditioning stays on and the shock from the engine isn’t as strong.

The latest X1 improves on the previous generation’s already excellent driving dynamics. To me, it felt like a smaller X5, especially with the optional adaptive suspension that can favor handling or ride comfort fitted to the M Sport models that lowers ride height by 15mm.

But even on the front-wheel-drive sDrive18d, it has a tight-turning radius and easy-to-turn sensation, which is more comfort-oriented compared to sporty. This makes it perfect around town, but should you want to bring the vehicle out for a spirited jaunt, it is just as confident and capable on the twisty country roads (though blasting down the autobahn at speeds of 200km/h produces noticeable wind noise).

To be fair, the roads there are excellent. But nobody in the Philippines in his right mind would exceed 100km/h on our horrible roads, so I feel that this car will provide a serene driving experience on our shores.

One thing I can take away from my short time with the car is that BMW has poured in a lot of work to differentiate its “baby” SAV from the rest of the X lineup.

While the last generation felt like its role in the lineup was simply as a gateway model for those who wanted an affordable slice of the SAV cake, the new X1 manages to carve out its own identity, especially with the iX1, which I’ll be talking about in a separate article.

If you want something small yet practical, all while offering a driving experience that will both coddle and engage you, the all-new X1 is something to keep an eye out for once it eventually makes its way to our market. I just hope that we get more than one variant next time around. 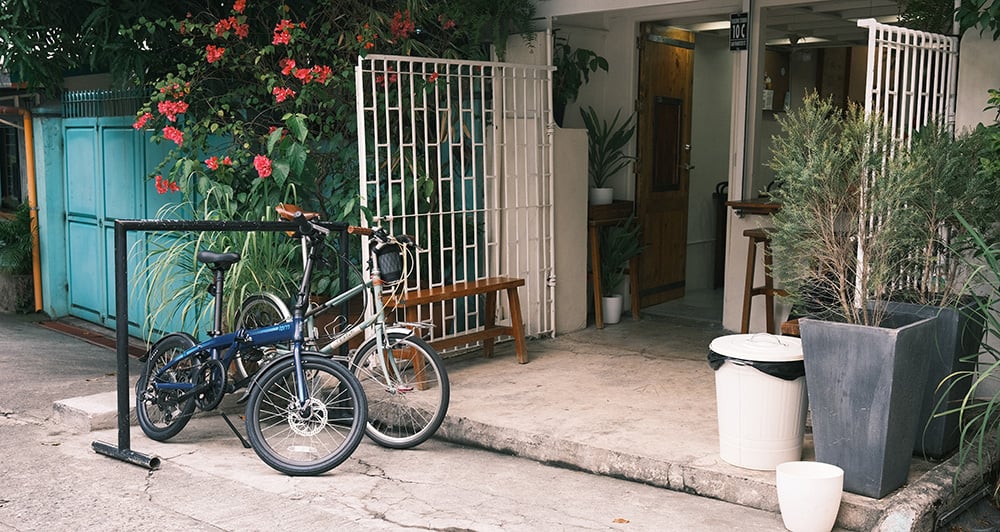 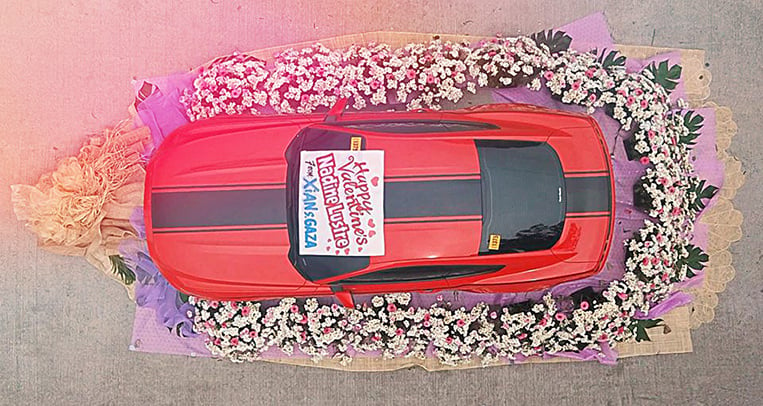 Lessons to learn from a guy’s Mustang proposal 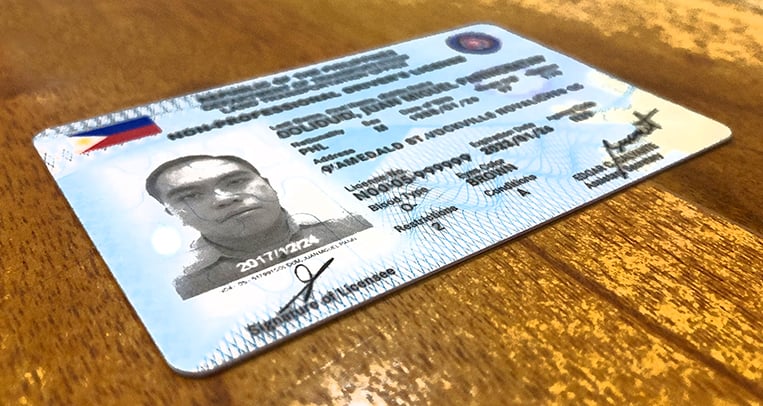