It packs real performance beneath its stunning looks

MV Agusta touts its products as “motorcycle art,” and there is no denying that every model it produces is indeed a masterfully crafted sculpture that turns twists of one’s wrist into speed. And their entry into the sport-touring space is no different.

See, most touring motorcycles are like orthopedic shoes where the function is the fashion—or the lack thereof. You wouldn’t want to be caught wearing a pair outside of a geriatric ward, but damn if they’re not comfortable. MV Agusta’s Turismo Veloce Lusso is the polar opposite of that.

Like a thoroughbred racing stallion, it stands tall and slender yet still perfectly proportional. The chiseled front cowl adorned by the teardrop-shaped headlight looks like it was taken directly from the brand’s F3 sport bike, and although it is much larger than the latter, MV Agusta managed to replicate the design nicely without making the TVL look like a caricature of the F3.

The many creases, vents, and poke-through ducts on the body called the attention of onlookers and passersby more than any other motorcycle I’ve ridden so far. Add to that the single-sided swingarm, the triple-outlet exhaust, and the gold center-lock wheel, and you will quickly realize that this is nothing short of pure beauty reimagined as a motorcycle.

Don’t think, though, that MV Agusta sacrificed common sensibilities for style. The windshield may look fixed to the front cowl, but it’s actually height-adjustable. The turn signals integrate nicely into the standard handguards on this bike, eliminating the need for two orange orbs poking out the side of the front fascia. The Lusso also comes complete with a set of side panniers, which I opted out of for this demo.

MV Agusta’s local distributor, Motostrada, lowered this particular unit to 830mm from the standard 850mm seat height—a service it offers customers who might have difficulties riding such a tall motorcycle. In this configuration, I can put both feet down with my heels hovering slightly above the ground.

The seating position is more adventure than it is sport touring as the rider sits perfectly straight with barely any weight on the palms. I found that crouching forward was a little difficult with the stepped pillion seat stopping me from sliding further back, but that could be a problem specific to my built. The seat seems to be carved out of memory foam instead of ordinary cushions, making it extremely plush and comfortable even on long rides.

All Turismo Veloce variants are motivated by a liquid-cooled 798cc in-line triple with a counter-rotating crankshaft, the same as those found on the base Brutale and Dragster. While the Dragster and the Brutale can get 140hp out of the same mill in RR spec, the Tursimo Veloce makes do with the base power output of 110hp (at 10,150rpm) and 80Nm (at 7,100rpm) across the board, even in this range-topping Lusso SCS trim.

Being a triple, it has a great mix of low-end torque and high-end power. There’s enough pull down low that it does not feel sport-bike gutless at low speeds, but the real power comes pretty high up in the rev range. I found myself grabbing first gear every now and then in the twisties just to keep the revs up and stay within the bike’s power band.

The brand’s proprietary Smart Clutch System works with a quickshifter and an auto-blipper to negate the need for the clutch lever, except for when shifting gears at a standstill. The bike takes off just like a scooter or a semi-automatic underbone motorcycle, although the technology at play here is closer to the former than the latter. The system uses a device similar to the pulley in a scooter’s CVT with slider weights to engage and disengage the clutch depending on the engine’s speed.

SCS works brilliantly to reduce fatigue and the chances of stalling in stop-and-go traffic—if only the Turismo Veloce could tolerate being in traffic. I was advised beforehand to keep the bike moving as much as possible, but I did not think that less than 10 minutes of crawling on EDSA would turn the temperature gauge an angry shade of red right away. The heat gets extremely unbearable, and at one point cooked my left inner thigh. It’s not a bike you can take to a Starbucks tambike, to say the least.

As one should expect of a sport-touring bike, the handling is superb on the Turismo Veloce. It feels smaller and lighter than it is when ridden hard. The semi-active suspension is on the harsher side, but provides precision and great feedback on spirited rides. The overall package feels like a sport bike on stilts.

There is a comprehensive electronics suite onboard that includes riding modes, switchable ABS and traction control, cruise control, and suspension modes. Sadly, the interface is not the most intuitive to use, and is quite difficult to navigate on the move. Almost all the functions are controlled by one toggle switch, which means you have to be looking down at the tiny 4.5-inch screen to flip through each and every option until you get to the one you want to configure.

Not to worry, though, because MV Agusta has updated the Turismo Veloce this year to include a 5.5-inch TFT screen. I hope the functionality has been improved as well.

At P1,270,000 for this 2020 model, and P1,550,000 for the updated 2022 units, there are objectively better choices. BMW’s S1000 XR is more powerful and technologically superior; Ducati’s Multistrada V2 is more versatile; and Kawasaki’s Versys is cheaper and more practical. But none of these is more dramatic—more graceful in its dance—than the Turismo Veloce.

Art is subjective. Its beauty, as they say, lies in the eye of the beholder. The emotions it invokes are arbitrary. Picking this motorcycle over anything that is empirically better is a legitimate choice one can make, because as art, it does not have to be the best at everything. It just has to stir your soul. And that, the Turismo Veloce does well. 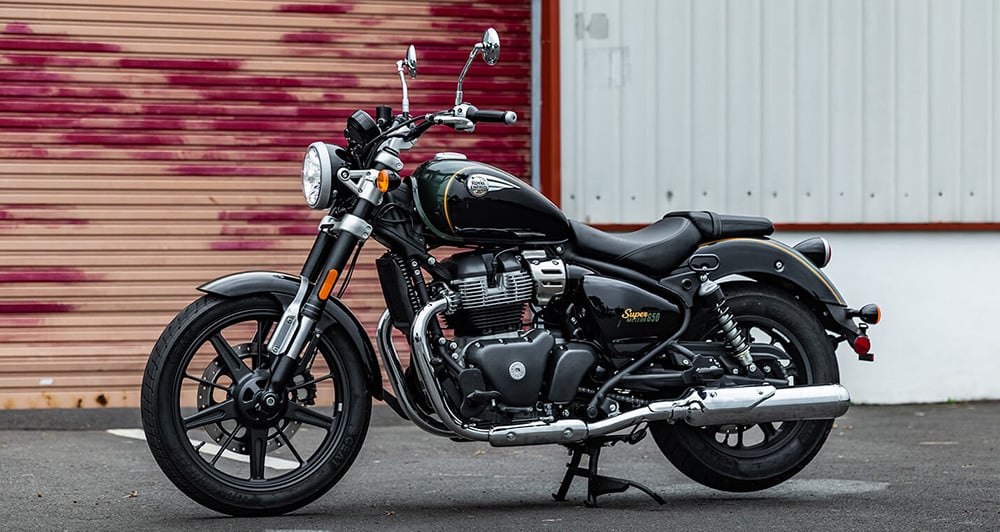 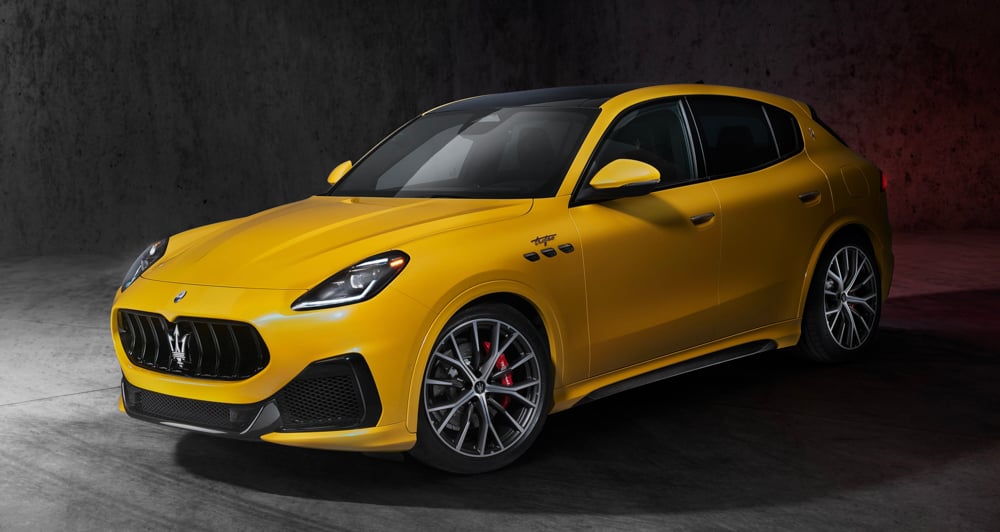 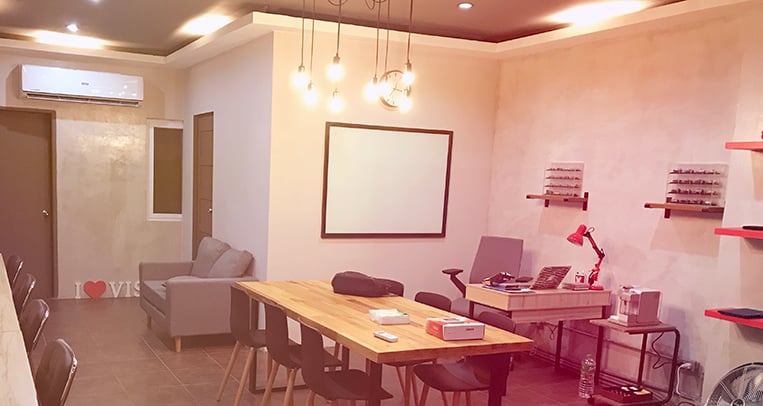 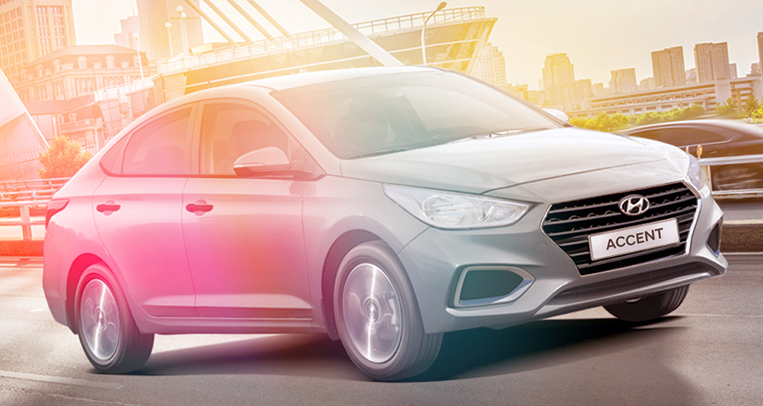 Should it matter if a car isn’t literally ‘all-new’?